Skip to content
With USP's first Batch Project complete, Project Directors Jadyn and Li Lin (Class of 2021) share their thoughts on its merits and failures.

We are proud of what Batch Project, a component of USC’s Freshmen Orientation Programme, has accomplished. Comprising of 2 parts: Community Art at Ghim Moh, and Performance, we went out into the community and brought cheer to many.

Our dancers performed at and brought energy to National Day Celebrations, groundworkers built friendships with residents, and painters co-created a piece of art with Ghim Moh residents. USP’s inaugural Batch Project and all its successes are for the whole USP to share.

These days, the topic of how Batch Project compares to RAG comes up pretty often now that both have concluded.

Mostly, we are proud that we have made a contribution to the community and provided a platform for the freshmen to bond. At the same time, we didn’t waste a ton of resources (like what RAG used to be criticized for), and neither did we get sucked into an unhealthy inter-faculty competition.

Most importantly, we stayed true to the spirit of community engagement. Instead of congregating at UTown Green on 11th August, USP went to the heartlands to engage the community in all its Batch Project activities.

However, let us not be conceited. The pictures on social media may give the impression that Batch Project was a success overall. However, we personally think that Batch Project was far from perfect, and many things fell short of expectations. How much did we bond the freshmen batch? Did we truly involve the community? Maybe not.

Batch Project prides itself on being grounded in the spirit of community engagement – we consistently went out to the community in all our activities. This was meant to be the key defining feature of Batch Project, but did we truly engage residents of the community?

For Community Art, residents of Ghim Moh did join us and interacted with us – children printed their hands on the wall, laughed a lot and poked fun at Ayush, an elderly lady who painted some trees back then still asks us to have tea with her once in a while, and says she wants to hang around with young people more. 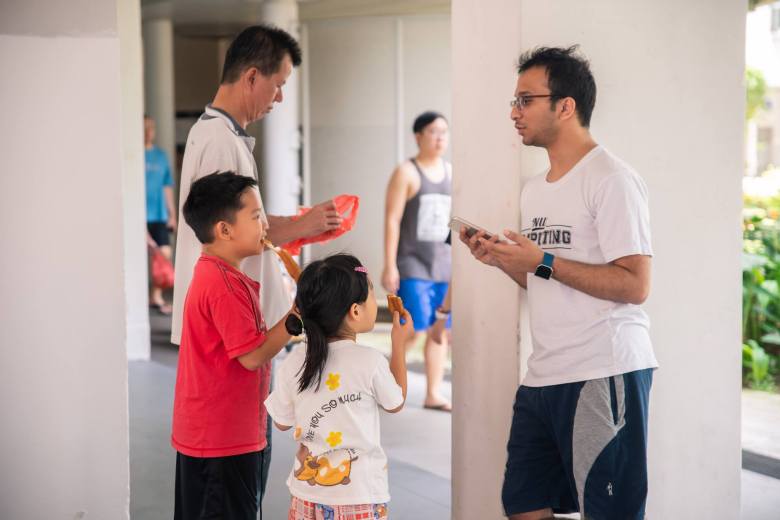 But the reality is that this group of people only represented a tiny slice of the entire Ghim Moh population.

We feel an awful knot in our chests because we promised to engage the community. However, on hindsight, we were caught up with trying to finish the artwork, and that became our priority – not community engagement. We simply waited for passers-by to come, instead of truly engaging with them; Batch Project missed the chance to go outward and engage people who are not usually plugged into the community. 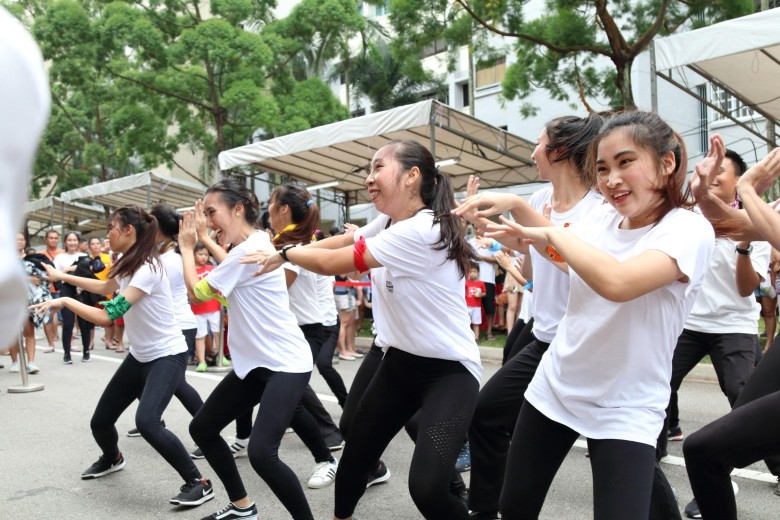 For the performance, we went out of UTown. Performing in the heartlands was a big step forward in our goal to narrow the distance between us and residents. That being said, we succeeded only in narrowing the physical distance, as we realised after the performance that we didn’t make any progress in increasing interpersonal engagement.

We simply put up a show and went home after.

Xin Hui, one of the Batch Project dancers said that “The dance part of Batch Project had a very one-sided kind of interaction with the community.”

Batch Project provided different avenues for participation – groundwork, painting and performance. We catered to different interests, skills, and commitment levels because we wanted Batch Project to be accessible to everyone such that it could truly be a batch effort.

But amidst casting our net wide, we struggled to make Batch Project a cohesive effort – the Community Art segment was separate from the Performance section. Each was a standalone project, and the 2 sections didn’t need to interact or support each other at all.

Hence, although Batch Project was ultimately accomplished by the freshmen batch, how much of it was a shared experience? And can we truly say that they accomplished it together?

We are sharing about the failures of Batch Project very honestly here because we hope that everyone can approach Batch Project with a deep sense of humility.

Yes, Batch Project is a step in the right direction, but let’s acknowledge that it is far from perfect. Hence, instead of eagerly telling our friends to emulate Batch Project and/or establishing this sense of superiority over other faculties, our focus should perhaps first be on how we can strive to improve future iterations.

We hope publishing this piece will spark some fruitful discussions on how we can better plan Batch Project, and we invite you to think about the ways we can make it the meaningful community engagement project we initially envisioned it to be.

The writers are lovers of bao (steamed buns) and are currently in Year 2. They are also proud Batch Project (BP) Mommas who want to see BP keep getting better.