It is quite fitting that the Perspectives Film Festival’s opening film is one that emphasises learning to see a person’s life through their own eyes. Short Term 12 depicts a temporary home for troubled teenagers, exploring life in their shoes as well as life in the shoes of the twentysomething staff who run the home. Director Destin Daniel Cretton’s second feature-length film after I Am Not A Hipster, Short Term 12 was inspired by his experiences in a group facility for teenagers.

The film chooses to use a cold open, leaving you guessing as to the exact nature of the home for a while. Cretton’s modus operandi for your discovery of the world of Short Term 12 is through mostly showing and a bit of telling – snippets of conversation between kids and the staff, and around-the-door camera angles that seem to put you in the eyes of a new worker on his first day, sort of like Nate (Rami Malek), an uncertain newbie.

But soon the movie’s central character is established to be long-time supervisor Grace (Brie Larson), the firm yet caring presence in the home. She appears seasoned and experienced in handling the kids from troubled backgrounds, able to empathise with the children using her own fractured past. It is an advantage she has over Nate, who makes a comment about ‘helping underprivileged kids’ that rubs the kids the wrong way, and Grace’s boss who is so far removed from the children that he can only work within red tape and professionally-sanctioned methods. While being inherently similar to the kids under her care allows her to connect with them better – especially with rebellious new girl Jayden (Kaitlyn Dever) – it is this personal baggage that make Grace a flawed protagonist just as much in need of help, which she finds hard to accept from the people who love her, such as her boyfriend and co-worker Mason (John Gallagher Jr.). 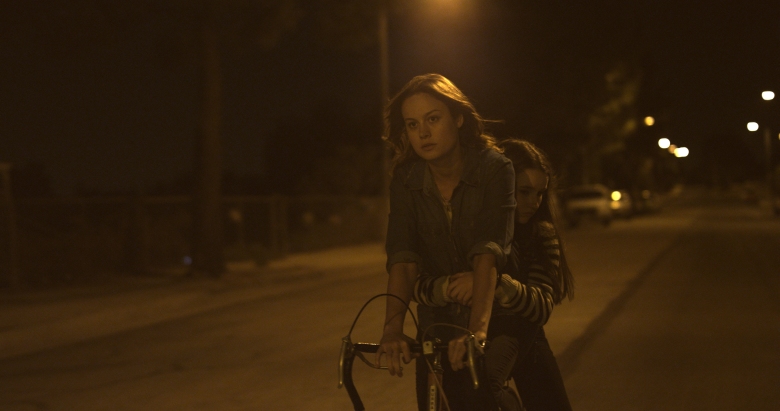 In addition to a compelling leading lady, Cretton’s writing and directing also fluidly brings us from the point-of-view of one character to another without feeling bloated. These characters include Marcus (Keith Stanfield), an older kid insecure about his future beyond the home who emotes through rap; Sammy (Alex Calloway), a withdrawn young skinny kid who finds comfort in his soft toys; and even Mason, someone whose jovial bearded exterior hides an unconventional childhood.

But ultimately, Short Term 12 is not just about knowing that we all have our own problems. It is a reminder to be kind, for everyone is fighting a hard battle. Despite his inner emotional struggles, Marcus takes the initiative to get other children in the home to write birthday cards for Jayden when he sees her disappointed that her dad did not pick her up for the weekend. It is easy to be selfish, to be caught up in a cocoon of our problems, but if we learn to be there for each other in spite of our personal issues, we can all get by with a little help from our friends.

The opening film of the Perspectives Film Festival 2014, the Singapore premiere of Short Term 12 will be showing at GV Vivocity on 16 October at 7:30pm. Tickets are currently on sale at SISTIC.